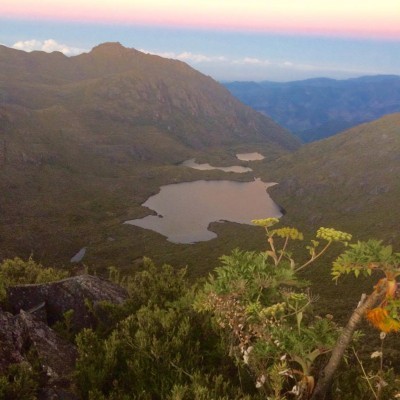 Check out photos from Alix and Judith’s adventure below!

After the first week at the hostel most volunteers decide to take a trip to see a different part of the country. After about a week and a half here, Alix Wertheimer, one of our volunteers, and Judith, a guest from Germany, both looked up the top 10 things to do in Costa Rica, and after heading south to Dominical, decided to take on Mount Chippiro.

“Judith was determined to do some hiking and I love hiking so we decided to take the challenge of reaching Costa Rica’s highest point, Mount Chirripo, located in the mountainous southern middle region of Costa Rica near a town called San Isidro.”

After taking a few different buses they arrived at San Isidro, a transportation hub where they transferred buses to get to the small town of San Gerardo, which lies at the base of the Chirripo trail head.

“It’s the most beautiful little town at the base of mountain, with a bunch of hostels, hotels, a ranger station, restaurants, a soccer field, a super market, a bunch of hiking trails, hot-springs, and that’s about it. We figured out the entire town in just one day; it was so small,”

After arriving at 6pm, the duo hung around San Gerado in preparation for their hike the following day, which they were quickly realizing was a much more serious physical undertaking than they had prepared for. But having come so far they were going to see it through to the top. Having been told by others taking the trek to go to the ranger station at 8am, they rested well that night. Early the next morning the rangers said the 20km vertical climb was complimented by two rest cabins which offered food and water, one 7km up and the other 14km up, just 6km before the summit.

“We found out that the cabin at the top of the mountain was fully booked and, without a reservation, we couldn’t sleep there. Fortunately Judith was very determined to climb the mountain so we agreed to do it in one day. The ranger gave us a reservation number, we paid a 27 dollar entry fee at the hostel across the street, and brought the receipt back to  the ranger, who then gave us our permit, which many people need to buy months in advance. ”

“The first leg of the climb was one of the best hiking experiences I have ever had. The air was cool, which was different from the breeze-less, warm Jaco air. The trails were so well marked and maintained that it was very comfortable to hike with our headlamps. I was honestly expecting to see a ton of wildlife on the way up but there was none until in the pitch black I saw a figure dart in my peripheral vision; thinking it was some national geographic worthy creature I followed it, but it was just a little bunny, we laughed for a while about this.”

Starting at a good pace and on the lower, less-difficult trails of the first 7km, they reached the first lodge around 11 pm and were able to fill water bottles and rest for a bit.

“It started to get really cold at this point which was surprising but I am glad we were prepared, I think the coldest point of the hike was around -7 degrees Celsius with the winds. The latter half of the climb is straight up with no descents at all, I had rented these boots that were two sizes too small, but I was so numb that I just kept hiking and didn’t care about any discomfort at all.”

They reached the second cabin with about an hour until sunrise, where they had to show their permits. They stopped and rested, but only for a short time because they had to be on their way to catch the sunrise. Soon after leaving they started to see this dark looming shadow of a peak in the distance.

“We kept hiking and hiking, and the last 15 minutes consisted of vertical climbing using both hands and feet; if we slipped we were going to fall off a cliff. Moving towards the peak little by little it seemed like it wasn’t getting any closer until we saw another climber’s headlamp shining much closer to the peak than us. They called out to us with catcalls and we responded with our own ‘Cawaaaahh!’ and back and forth, which sort of motivated us up the last 10 minutes of the hike. We were so tired, but once we finally pulled ourselves over the last ledge and saw the Costa Rican flag marking the highest point flapping violently in the wind, and greeting our catcalling companions, I felt an overwhelming sense of relief and readiness. Because of the temperature I also thought to myself ‘I want to be back in Jaco right about now’. It was a whole different world, absolutely magnificent views of bare earth rocks and mountains, it looked like Patagonia or Machu Picchu, little lakes all around us and just so quiet, no civilization at all, just silence aside from the whispers of the cold wind. The sun slowly rose above the east horizon and as far as the eye could see the most magnificent colors exploded above the clouds. I could see every color but I couldn’t name a single one as they were all meshed together into one, the sun like a ball floating right in front of us.”

After taking a quick nap behind some rocks at the summit, Alix and Judith began their descent back down the face of Mount Chippirro. On the way back down they found some more companions and began running back down, quickly shedding the extra layers as the emerging sun heated up the trails. No matter the tight schedule to catch the last bus out of San Gerardo later that day, they still took ample time to soak in all of the amazing scenery.

“I think everyone should make this trip and climb Mount Chippirro. Wear comfy boots, bring layers, gloves and for sure a headlamp for the nighttime leg, it’s a long hike. Plenty of water too, at least 2-3 liters. Most importantly do not give up, it wouldn’t have happened without Judith’s determination and our mutual motivation to keep us awake and strong, and it was all so worth it once we reached the top.” 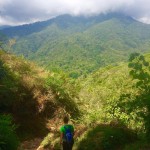 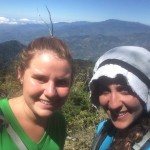 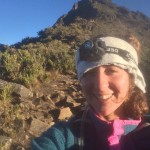 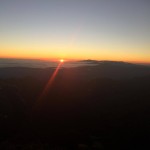 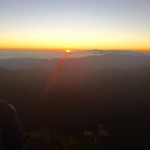 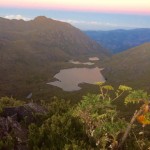 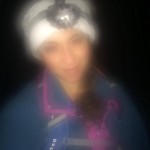 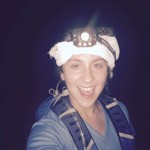 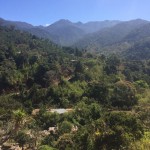 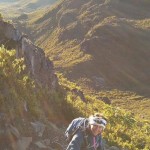 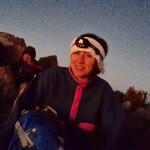 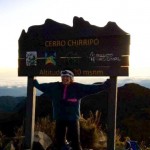 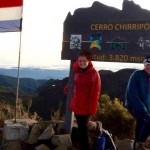 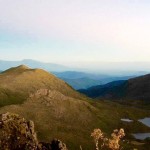 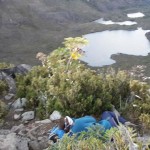 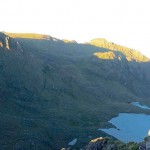 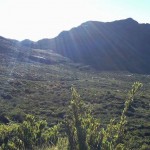 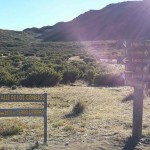 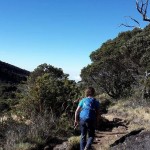 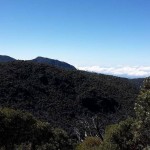 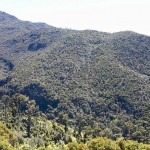 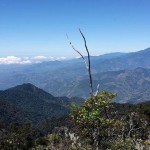 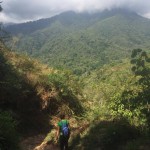