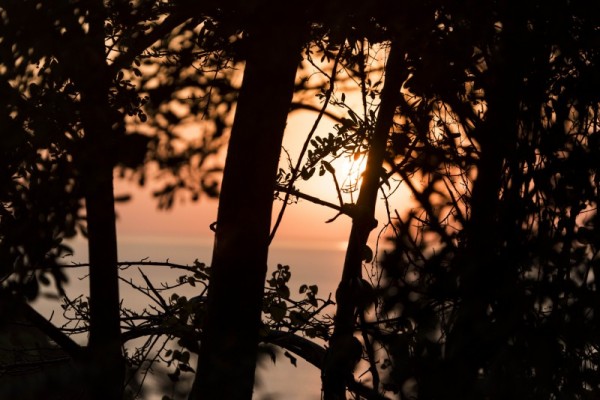 The phrase is used here more than any other, “Pura Vida.” Literally translated as “pure life” the term is used to say “thank you, you’re welcome, hello, goodbye, be well, have a nice day” etc. Pretty much any pleasantry you could imagine, is often exchanged with “Pura Vida” in Costa Rica. When first arriving here, many travelers are caught off guard by the phrase, confused as to what exactly the response means, but after a few days find themselves trying it out in their own conversations. Right there is an interesting notion to me, what does the phrase actually mean? I myself find myself using it and meaning something along the lines of “it’s all good” or “no worries” but the way this country has adopted the phrase as part of their nationality, tells me there has to be more. So the other day I set out on my own mini soul searching quest to find the true meaning of “Pura Vida.”

It started, as many soul searching quests probably do, with a bike ride to get some tacos. Leaving the hostel I began slowly cruising along the beach passed the cars blasting reggae music out of their open doors and the little kids kicking around a worn out soccer ball in the sand. Just before the turn towards town, another man on a bike rode right up next to me. He had that “happily-homeless” look to him, dirty and tattered clothes but smiling at me through almost toothless gums. My initial thought was “here we go, what’s he going to try and sell me?” as he reached into the basket of his bike. Expecting to see some plastic baggie or something I prepared to wave him off, but instead he handed me a coconut… yes a coconut. Cut open, ice cold, with a straw in it. Naturally I took it and thanked him, chuckling at my poor judge of character. With a raspy toothless voice he simply said “Pura Vida!” and quickly sped away. I thought to myself, “Yep that could be it right there. Its meaning is giving without asking for anything in return, spontaneous unprovoked kindness, surely.” 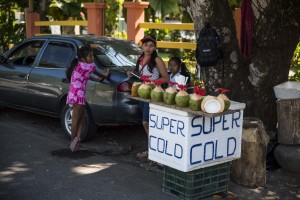 Continuing my journey with my new fresh drink, I made my way through downtown Jaco. It was Saturday around dinner time so the streets were buzzing with people. Trucks were delivering ice and food to restaurants, taxis were honking their horns and driving like maniacs, traffic was all jammed up, music and conversation everywhere, it reminded me for a bit of Manhattan and 42nd street. Except try riding your bike down the middle of a sidewalk on 42nd street while drinking out of a coconut, and someone will most likely deck you in 5 minutes. But here, when I got a bit too close to some people, apologizing for my clumsy bike-riding, they just smiled, uttered a quick “Pura Vida,” and politely shuffled out of the way. The whole time I was thinking to myself “That’s got to be the meaning of Pura Vida right there. It is patience and understanding, tolerating the acts of others without hesitation.”

When I finally got to my taco destination, Feeling accomplished having discovered what I thought was the true meaning of “Pura Vida” I happily ordered two shaved pork tacos with pineapple chunks and avocado. Sitting in the corner, keeping to myself munching on some delicious tacos, I was not expecting any interruptions or interactions. But sure enough a man with a bucket hat and a small cooler walks over and sits on the stool right next to me. “Pura Vida mae!” he says to me, I respond with the same, feeling a bit uncomfortable given the cooler in his hand and the fact that there were easily 20 other seats he could have sat in. He opens the cooler and pulls out a green plastic bowl, as he slowly opened it I was imagining a hundred different outcomes, this guy could’ve been carrying around chilled organs for all I knew! But in true Costa Rican fashion it turned out to be fresh Mahi Mahi ceviche. Before taking a bite for himself he puts some on a cracker and hands it to me. Dumbfounded (and because I love ceviche) I reached out and took the snack. I expected him to try and sell me the rest of it, why else would he walk right over to me and offer me a sample?  But without any more words he sat next to me and ate his meal, sharing a few more crackers with me. We both finished our food, shook hands and parted ways.

This was so foreign to me, again comparing it to what I know, if you did that in New York you’d get a not so polite “back off” from the person and a prompt shove in the shoulder. I thought I knew what “Pura Vida” meant, but once again I was shone more of its meaning. It means that company and community are unrestricted, that everyone can be a friend, and everything can be shared. I freaking love Costa Rica. Pura Vida! 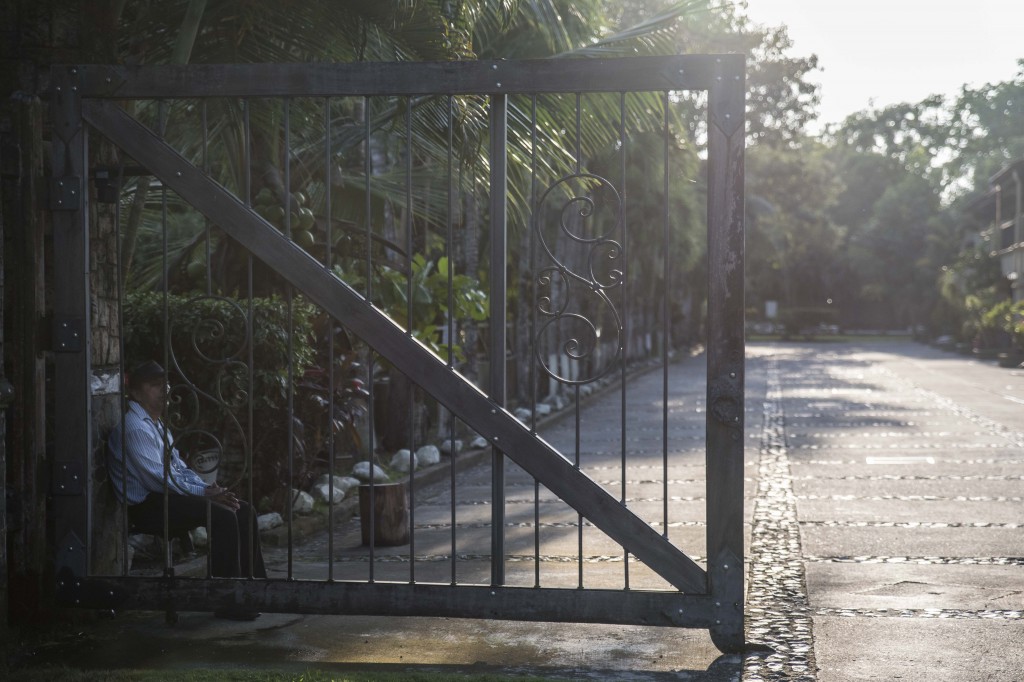 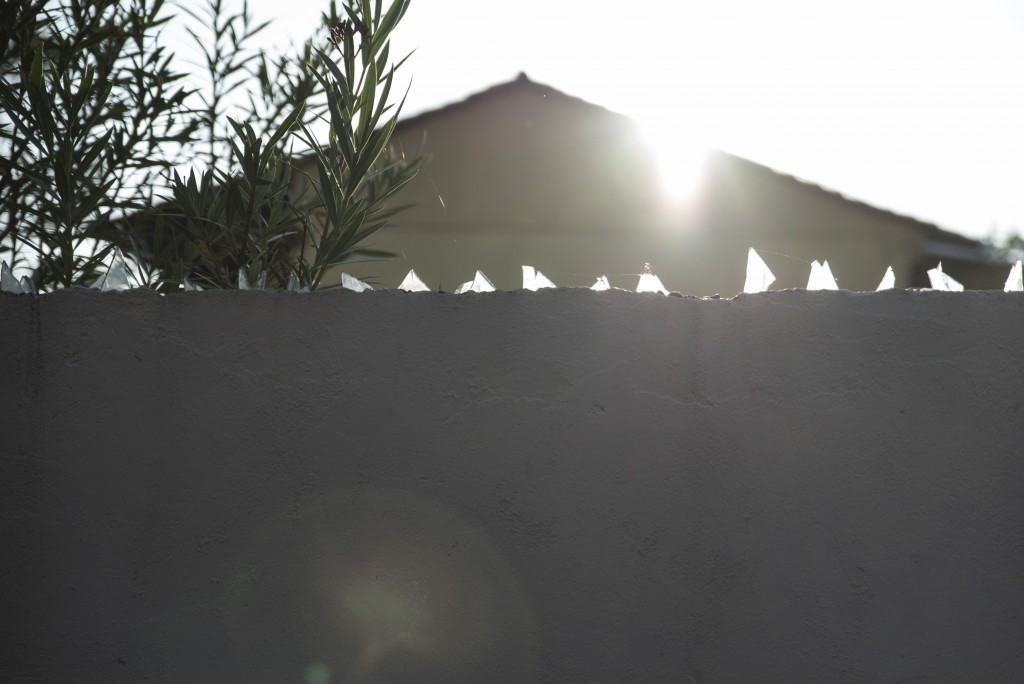 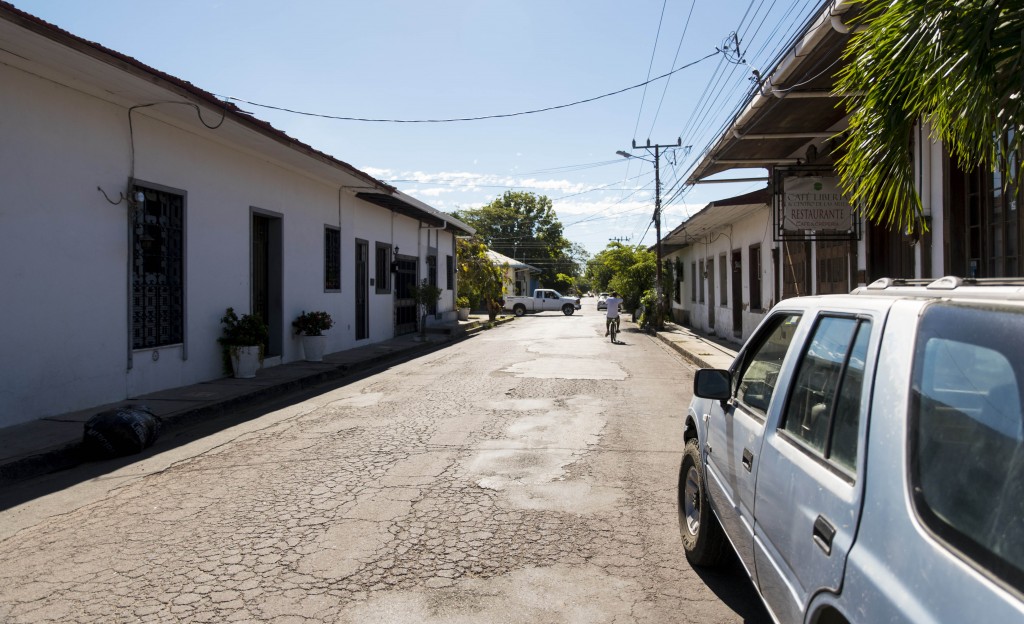