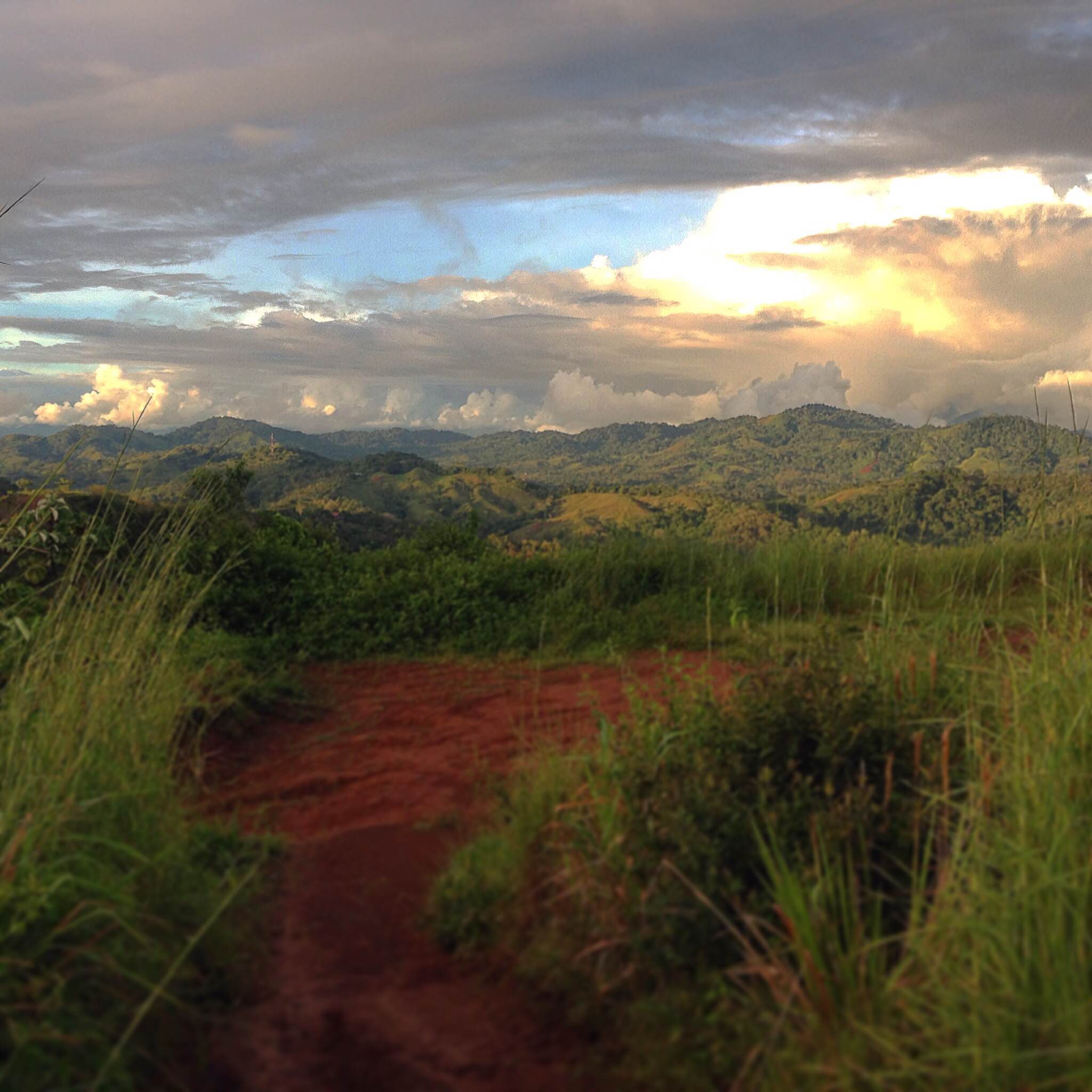 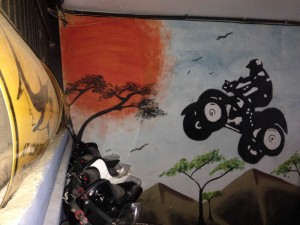 First of all, four-wheeling is a badass thing to do. Second of all, Costa Rica’s jungle is a badass place to do it. Now, I have wanted to do this tour since I arrived here in Costa Rica, but things kept getting in the way…(weather, work, surfing, etc) So a beautiful afternoon came about here in Jaco and I decided to get after it.

We gear up and ready our quads before we hit the open road. We meandered through town on some roads I had never even known existed, driving through some local neighborhoods until the highway. We cruise the freeway for less than a mile before we turn off onto this dirt path. Open space in front of us offered a mountainous landscape which lie ahead, which we are about to dominate on our quads. This is the rainy season, so there was a lot of fallen jungle debris which made for fun obstacles to evade, as well as muddy clay and dirt to slide around on. We take our first break at a cool waterfall that is right on the path. Had to snap a few photos with this masterpiece of nature. We then had to cross the river that the waterfall was flowing into. That was our first fun river crossing. The next one was deeper, stronger, and wetter.

It’s at this point where we begin the incline up the mountainous jungle pathway, which is basically Donkey Kong’s Jungle Parkway track (Mario Kart), well not really but it felt like it. It was no trouble for these beast machines though.

It wasn’t long until our second pit stop. Who would have thought a restaurant could thrive up here. Such a relaxing vibe to it, with the entrance stating “welcome to the place where there is no world crisis.” Nothing but the truth in that, it was so peaceful and tranquil up there, filled with color and life. We chilled out for a little while, and then continued up.

Further up, and we’re parallel with the clouds. We stop as high as the road will take us, and we’re atop the highest peak in the distance. It’s late in the afternoon, and the sun was breaking through the clouds in patches, with entry ways to the sky generating mixtures of blue, yellow, and orange, all shining upon the greenest landscape I’ve ever witnessed. We can see the Pacific Ocean, the distant Nicoya Peninsula, and the elevated countryside behind us, but only when the rapidly moving cloud cover allows it. The view, the landscapes, and all the colors perfectly epitomizes the majestic eminence that Costa Rica is known for.

We are in the rainforest here, so the next epitome we we’re lucky enough to be graced with is torrential downpour the entire ride home. It was fun for a little bit, but the sun was on its way down, and as soon as we were at lower elevation with significant tree cover, it was real dark, and fairly chilly, tough to see also. All part of the experience I suppose. We made it back in one piece and the tour was worth every minute. Thanks to AXR for an awesome time! 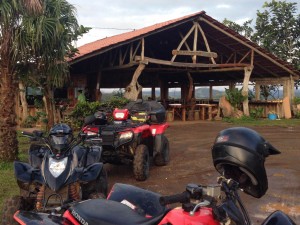